The highlight of summer 2017 so far has been meeting legendary tennis champion Martina Navratilova at the Wimbledon Village Suite where she launched her limited edition Avantist Legend Series watch.

I am lucky enough to meet celebrated people on a fairly regular basis through my work. To say I was awestruck to meet Martina would be the understatement of the century. She is such a gifted orator who captivates her audience with engaging tales and pearls of wisdom that stay with you long after speaking to her. Okay, I digress. Back to the fabulous watch. 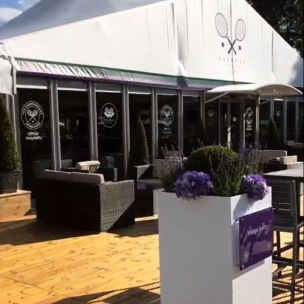 The Swiss made watch is beautifully crafted. It has a rectangular shaped face which depicts a tennis court and a curved surface depicting a tennis ball. The piece-de-resistance is the string from one of three of Martina’s tennis racquets (from 1978, 1987 and 1990) which she used when winning a Grand Slam title at Wimbledon. The string is visible through slots arranged in a circle on the watch’s face. The watch is light weight and sure to make the wearer feel like a champion. The most memorable are the watches made from the string of the 1987 racquet which Martina used when beating Steffi Graf at Wimbledon to that year’s Grand Slam title. Avantist co-founder Keeran Janin said “it is fitting that 30 years after that victory Avantist has created 30 watches incorporating the string from the 1987 racquet.”

Keeran explained that the idea for the watch came about when he witnessed a mutual friend of his and Martina’s throw away the strings from his tennis racquet. A tennis player can use the same racquet for a number of matches but the racquet is restrung before every match. Keeran asked if he could have the strings and that was his “aha” moment. If he could want the strings from the racquet then he thought that other avid tennis fans would be interested in them too. Especially if the racquet belonged to a legendary tennis player. A legendary tennis player like Martin Navratilova. The mutual friend got in touch with Martina and she agreed to come on board with the idea. Martina said the reason she agreed to get involved with the Avantist watch is “l love original ideas.” The mechanics involved in including a tennis string in a watch fascinated her. The Martina Navratilova Avantist watch gives the owner the opportunity to wear a watch that “has a little bit of history in it” said Martina. 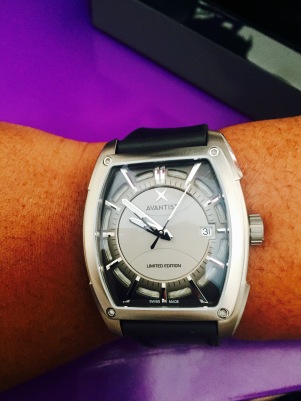 The launch was a special occasion for the invited guests as we got to listen to a tennis legend impart endless pearls of wisdom. “You need strong competition to push you to hit a great shot,” Martina said when asked about her famous rivalry with fellow tennis champion Chris Evert. Martina revealed that her first time playing at Wimbledon stands out to her. She said that her family was unable to travel from Czechoslovakia to watch her play. She had not seen them for five years and was not sure whether they would be able to view the match on TV. Somehow, her father managed to get a call through to her and inform her that he had watched her win on TV. She said back then one had to order a phone call sometimes weeks in advance. “You couldn’t just pick up the phone and dial” she said, so she has always wondered how he managed to get make that call.

Martina believes that either Serena Williams or Roger Federer can beat her record of 18 Grand Slam victories. When asked whether there is anything Martina keeps to herself that is not shared with the media she remarked that she is quite curious. She said she had “spent some time in Kenya and Tanzania” and wants to see more of the world. One of the places she is looking forward to seeing is Patagonia.

Martina addressed the issue of inequality between men and women in tennis and by extension outside of it. She said the word competitive is seen as a good trait in men but a negative trait in women. Whenever Martina stepped onto a tennis court she would think “I don’t want to lose today” and yet her competitive streak was painted in a negative light. “Don’t let anyone limit you” Martina said to the audience at the launch. With that kind of determination and commitment to excellence, it is clear to see why the owner of an Avantist watch would be proud to be reminded of Martina’s winning spirit whenever they looked at their timepiece. 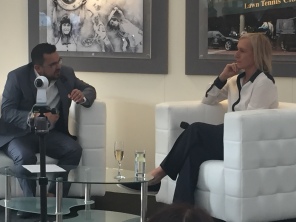 The Martina Navratilova Legend watch retails for £8000 and is available to purchase at avantist.ch